We have had a fantastic second half of the season with squads growing in numbers at after school practices and results reflecting the girls’ commitment and hard work.

Teams have played in over 9 tournaments and 30 fixtures, with some wins and, unfortunately, a few losses! Our focus, however, has been on preparing for the Kingston Borough Tournaments.

In their Borough Tournament, The U12s played six matches, beating Holy Cross, Combe and Hollyfield, drawing with Tolworth but unfortunately losing to Surbiton High and Tiffin to finish in a very creditable fourth place. The girls said they ‘had a great experience playing as a team and thoroughly enjoyed their first Borough Netball Tournament. Everyone had a brilliant time and took a hilarious team photo for Comic Relief, starring their red noses.’ This was clearly a highlight of the day! 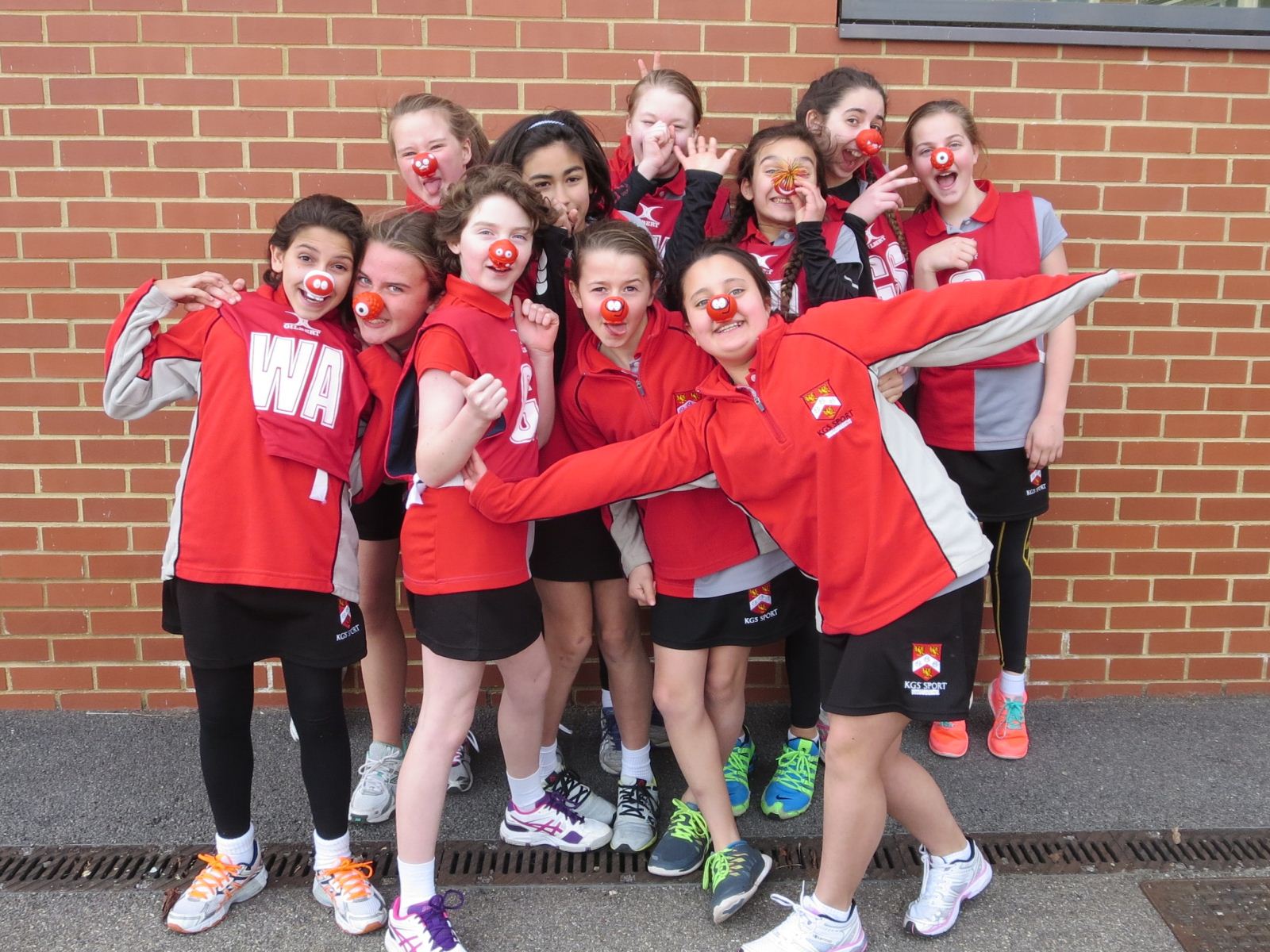 The U13s also finished fourth, with wins against Chessington Community College (17-0!), Tolworth, Coombe and Hollyfield, but losing narrowly on each occasion to Tiffin, Surbiton High and Holy Cross. The U14s, though were in the medals, with a string of high-scoring wins (the pick being the 14-1 defeat of Combe) but losing to Tiffin and drawing their last match against Surbiton High. Nevertheless, they did fantastically well and came away with silver medals.

It was silver too for the U15s. The KGS girls lost a competitive opening match to Tiffin, but Hollyfield, reaped the whirlwind, being on the thick end of the backlash as the KGS girls racked up fourteen goals in a mere twelve minutes. The next match, versus Surbiton High, was a more closely contested 7-7 draw before Tolworth Girls were seen off in an 11-0 win, adding to the all-important goal difference, which would ultimately decide the results. The last two matches were an 8-5 win coming from behind against Coombe Girls, and a tired 7-10 defeat by Holy Cross. However, KGS’s prodigious goal difference (which included over fifty goals scored) saw them into second place and the silver medals, an achievement familiar to the team from their first borough tournament four years ago, and one they are still determined to better.

It was up to the U18's, defending the title, to go one better and secure gold. The girls started their defence in extraordinary fashion, dispatching Holy Cross 36-2. The ensuing match, against Tiffin, was by far the most difficult match the team had have ever played. At half time they were by six goals down - playing their usual netball but being annihilated. After the break KGS began to close in on Tiffin’s lead, creating as many opportunities to score as possible. By full time KGS had snatched a slender one goal lead, but that was all that was needed. Borough Champions again!