Bronze for our 1ST XI

KGS took the bronze medal, a fitting end to their KGS careers for nine of the squad. As a group, they have won two national titles and lost an extremely small percentage of their games.

For the first time since the competition was reformatted, the KGS 1st XI boys played in the England Hockey finals event last week.

This was an opportunity made even more exciting as we chased the double, after indoor success earlier in the season. Ever since the draw had been made, we knew that a semi-final against Repton (who had won the competition for the previous two years) was bound to be a difficult test. Sadly, despite frequent training throughout the Easter holidays, the game, in front of a sizeable crowd at the Olympic Park, did not go to plan. Two goals for Repton at the start of each half made it an uphill task and, despite extreme determination, the lion’s share of chances and an exceptional deflected goal from Nathan Farr, it simply was not our day. The eventual score line of 5-1 did not reflect the game or the ability of the two teams involved, as conceded by the Repton coach and team as well. 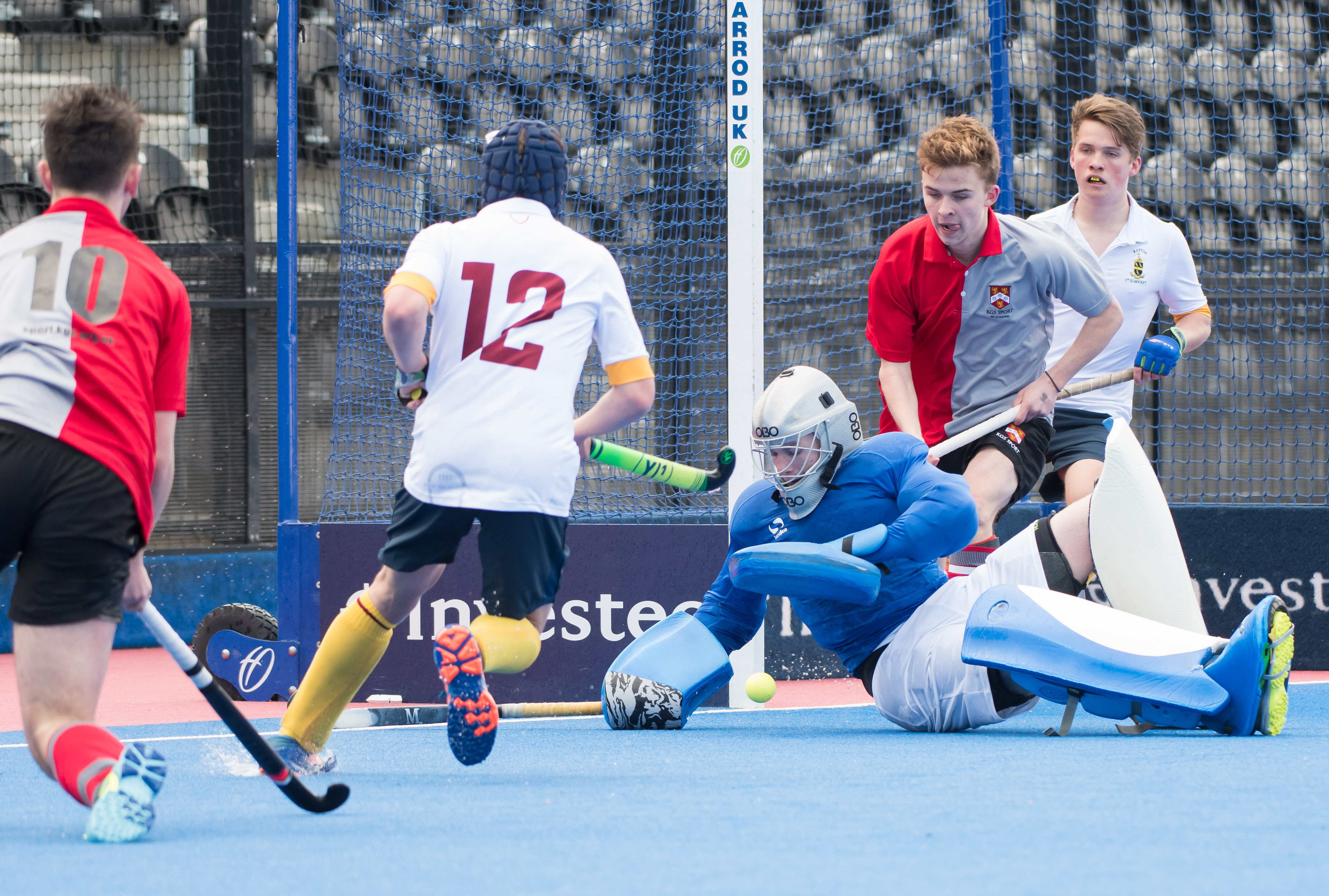 Understandably deflated after a gruelling defeat, we managed to show trademark character in the 3rd/4th play-off the following day. Against a talented Queen’s Taunton team, the deadlock was only broken deep into the second half. A quick counter attack and some fluid passing resulted in Ronan Harvey-Kelly finishing into an empty net.

The match finished 1-0 and KGS took the bronze medal, a fitting end to their KGS careers for nine of the squad. As a group, they have won two national titles and lost an extremely small percentage of their games. For a group of home-grown players it was especially rewarding to highlight that we were capable of competing with schools that have relentlessly recruited players from around the country, including some from KGS. • 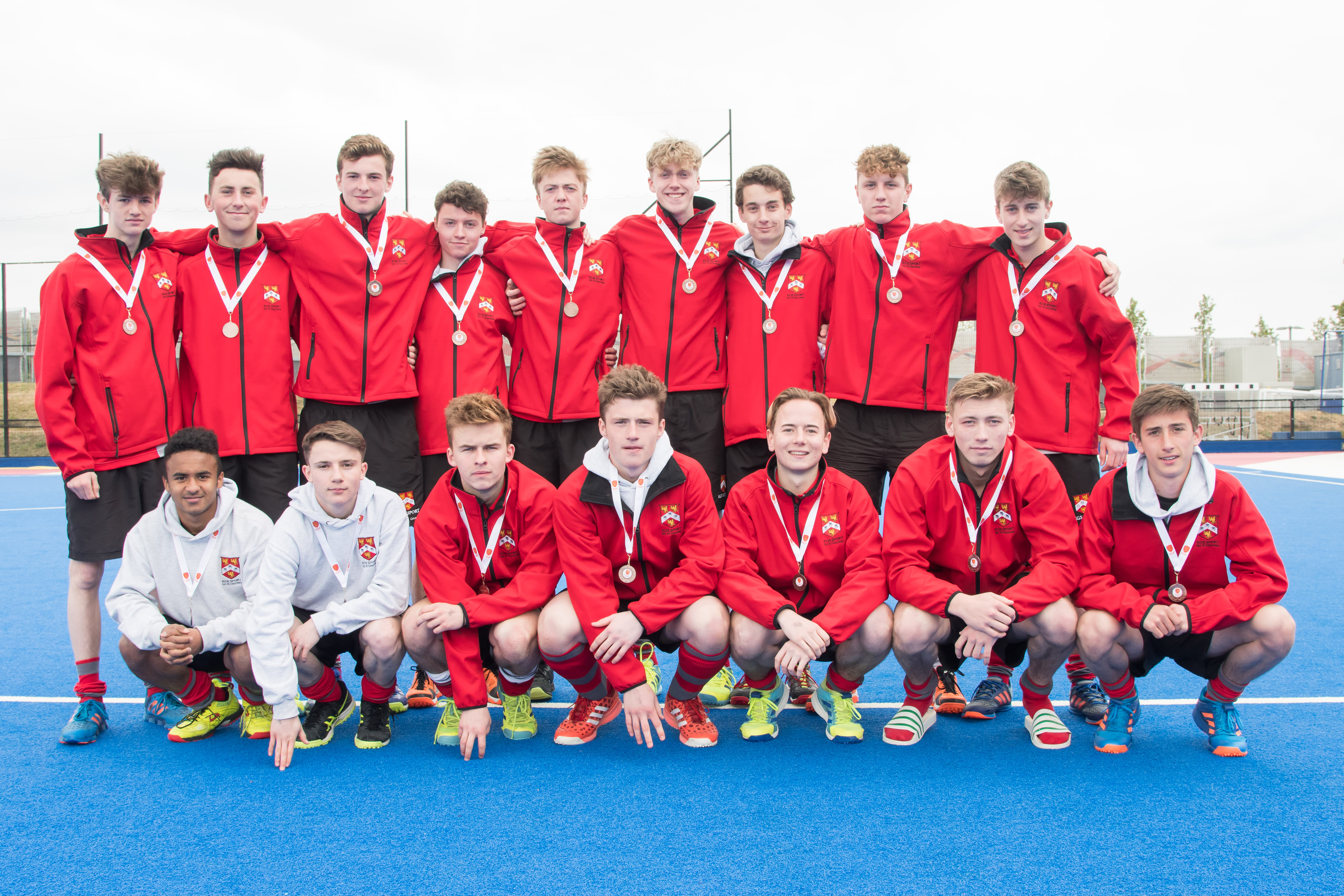