On Tuesday 9th February, some twenty-five students from the Fifth Year and Sixth Form attended a dinner to discuss potential careers in finance with seasoned professionals. The venue was the Waterloo Bar & Kitchen, which had reserved the entire restaurant for the event and provided a splendid three-course meal with wine included for all but the youngest students. 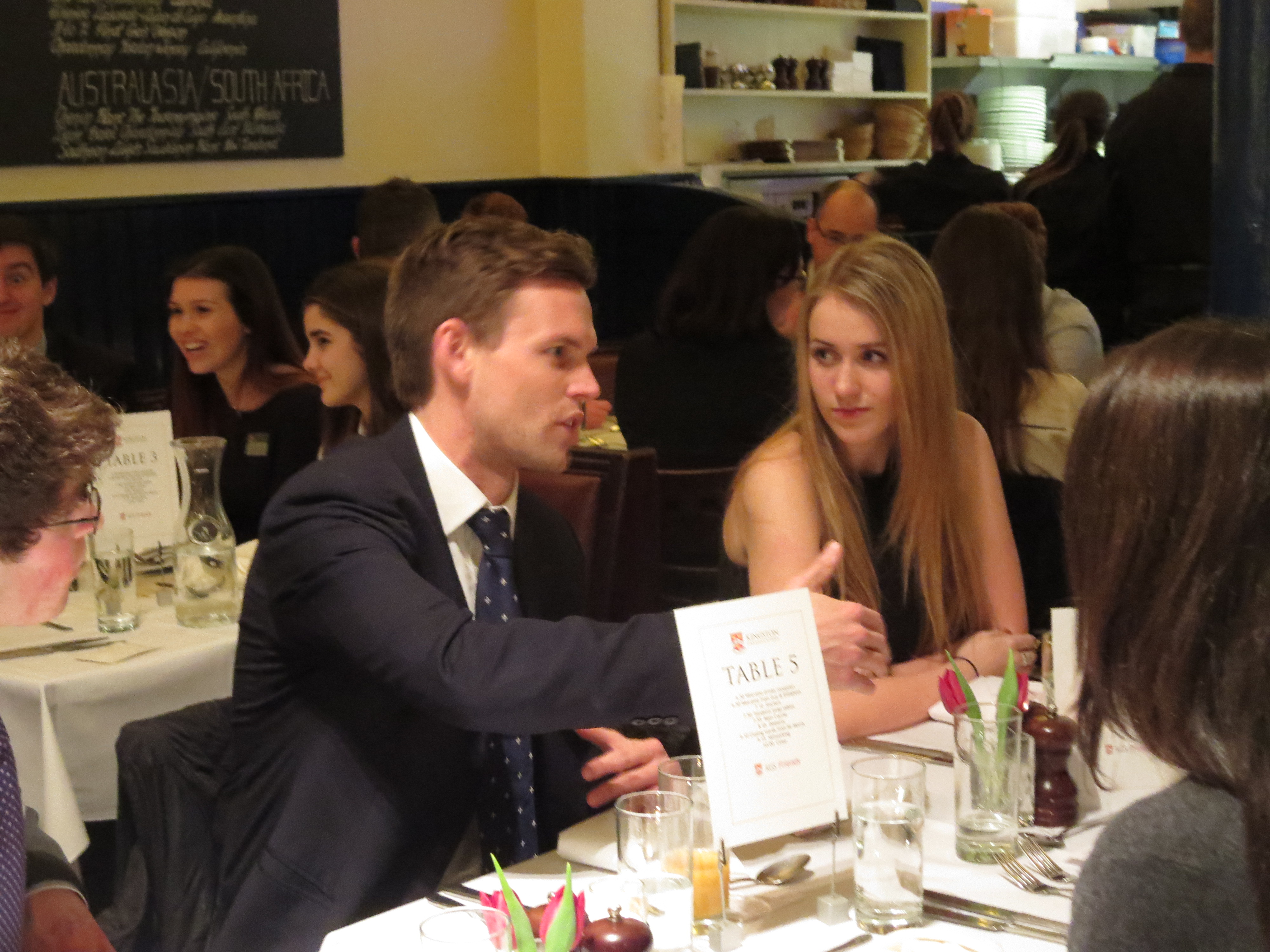 Of course none of this mattered to me, as I was there to learn about the financial industry, and it was soon clear that I was in for a treat. Owing to transport issues, most of the students were late, and for the first ten minutes or so of the ‘meet and greet’ I was alone with the experts.

After grabbing a glass of the red, I decided to get to work. At once I struck up conversation with the formidable Thor Askeland, who is currently working for Citibank’s family offices. Mr Askeland is a parent at the School, and has worked in investment banking for over 20 years. As more people began to arrive, I made my way around the room in an attempt to hear as many points of view as I could, before we were eventually asked to take our seats. Once we were seated we heard a few introductory words from the two people hosting the event, Guy Whittle and Elizabeth Dymond, who thanked us for our participation and urged us to make the most of this opportunity to gain valuable insights into a desirable career. Mrs Dymond also raised the important point that it was necessary for more women to see finance as a viable career option, as young girls may be put off by the perceived masculine culture of the City, and hence be denied a great opportunity to succeed.With these words said, the dinner could begin and the conversation could sparkle. 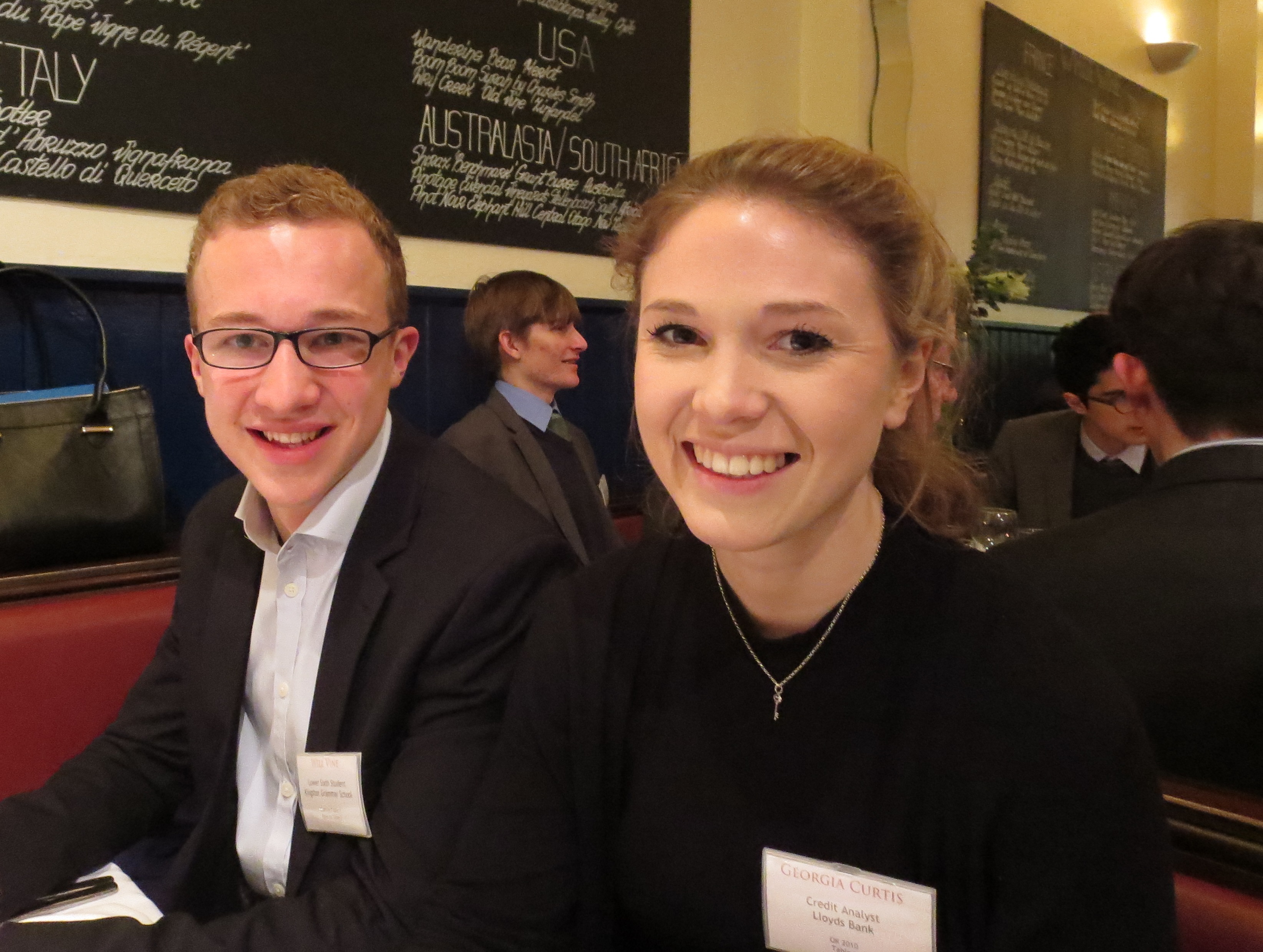 The plan was for the students to switch tables between courses so that they could talk to as many experts as possible, and I believe that this was intrinsic to the success of the evening. In my time there I met many interesting people, and I believe that the most important lesson I learnt was that there is no orthodox route into the industry, as evidenced by the fact most of the people there had come to it apparently by chance. That being said, the value of adaptability and intelligence in finding a job in finance cannot be overstated, as I was constantly reminded throughout my various discussions. In the aftermath of the event I asked my fellow sixth formers for their opinions, and the consensus was that the evening was ‘very worthwhile’. I hope that the School’s future such events will be just as successful as this one.

A mother adds: “My son came home thrilled at the opportunity to talk to such interesting people in the industry. He was amazed that they would give up so much of their precious time to talk to KGS students. He was inspired and motivated, talking excitedly till midnight about the experience!”

Please click here to view further pictures from the evening.