We deeply regret having to report the death on 13th September of Geoff Hunt, OK 1961 and former Captain of School. Geoff died at home after a short and cruel illness. He was 74. Our deepest sympathies are with Geoff’s family at this difficult time.

Alan Eldridge writes, “Alex, Geoff’s daughter, had been with him earlier in the day, and Jackie, his wife, and his cousin were by his side at a very peaceful ending. Amazingly he had attended Alex's wedding barely 2 months ago, where he gave her away and produced a very Geoff-like 'father of the bride' speech. Only 2 weeks ago I was with him in his sitting room where he enjoyed some cheese and biscuits, and a small glass of rum and ginger ale! It has all been so peacefully quick but devastating all the same.”

Chris Nelson, Geoff’s Vice-Captain, remembers happy days: “The immediate image that passed through my mind when I heard the sad news about Geoff was of the summer of '59, when Geoff, Duncan, Nobby and I had a chaotic and totally irresponsible 14 day cycling holiday together in the west country. So much water has passed under the bridge since then!” 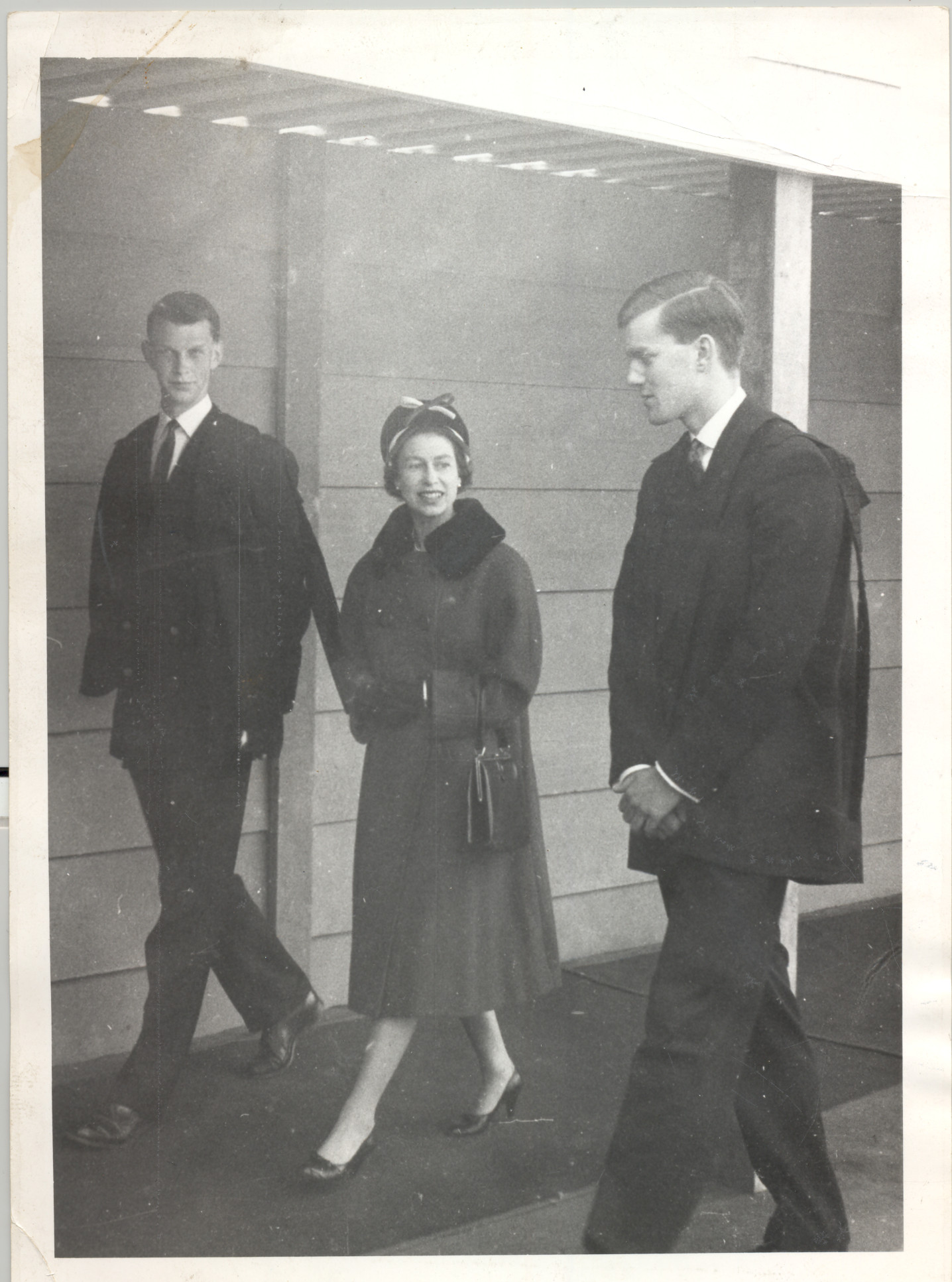 David Millichap writes: “I’ve not seen much of Geoff in recent years but have very fond memories of our school days together. I’ve always held a great admiration for his customary aplomb on the occasion of the Queen’s visit. He was an excellent right back in his two years in the Hockey 1st XI and an inspirational captain in the second of these.

Geoff and I, along with Duncan & Nobby, spent much of our out-of-school time playing sport, cycling far afield, listening to rock music and visiting as many pubs as would let us in! I shall remember a fine chap of many talents and attributes.”

Gopal Srinivasan shared these sentiments, commenting: “Geoff was a good friend during my schooldays in the 1950s through to 1961. I fully agree with the thoughts shared by David Millichap, Chris Nelson and Alan Eldridge. I should like to add that he took on his role as School Captain (1960-61) with enthusiasm and commitment in the days when the duties entailed a very wide range of responsibilities including maintaining discipline throughout the school except in the classroom. He was a good team leader.”

And Richard Carter remembers: “Geoff and I were the only two who had intended to carry on with Greek in the Sixth Form and were disappointed when the HM would not timetable it that year. So we ended up in Doc Nicholls' French and Spanish class, and I suppose we had to be grateful that through his ministrations we both gained a place to read Modern Languages at Oxford. Unfortunately, Geoff and I rather lost touch in the course of our studies, relations tending to be college rather than faculty based. I was glad to receive a phone call from him about three or four years ago, although we never met again face to face at any of the KGS reunions since, which I much regret.

If any of Geoff’s friends have memories they would like to share we would be pleased to hear from you (friends@kgs.org.uk) and will publish them here and as many as we can in the next issue of the KGS Friends Newsletter.

Pictured are Geoff, on the left, and Chris, on the right, with Her Majesty on the historic occasion of her first visit to the School in 1961.