On Friday 25th September Roland Wales’ play ‘How Like It All Is: Beyond Journey’s End’ had its second world premiere. Second premiere? Well, yes, because this play about the life of R C Sherriff during and following WW1 was first performed at the Rose Theatre Studio last year (my review of it appears in Kingstonian 2014) but it has since been rewritten and the new version was performed in our own Studio to a select, but highly appreciative audience.

The rewriting involved structural changes that sharpened the emotional impact of individual scenes. A key feature of the new version was the positioning of two photographs: the first, a wartime shot of Sherriff and his comrades brings the first half to a close; the second, following the interval, shows the survivors at a reunion party to watch a performance of ‘Journey’s End’. (Both are genuine extant photographs featured in the programme). The juxtaposition of these tableaux scenes in which the two photographs are taken marks the passage of time, and the wartime fatalities, poignantly.

However, the main focus of the play is the debilitating effects of war on those who survive it. The play charts the fate of Sherriff and his companions, but also integrates three scenes from Sherriff’s unfinished sequel to ‘Journey’s End’ in which we see Stanhope struggling to come to terms with the pressures of civilian life whilst haunted by the past. Thus the playwright is seen to have some affinities with the fate of his fictional hero. Sherriff himself is a forlorn figure, grieving lost comrades and burdened by guilt for not having returned to the frontline after his wounds healed. Jamie Bisping, who played Young Sherriff in the previous production, here stepped up to play the older man. His astonishingly compelling performance captured Sherriff’s vulnerability and diffidence. Jamie conveyed the demeanour of a broken man, an impression deepened by comparison with the more robust looking Young Sherriff (Tomas Morgan-Young). In a performance of exceptional maturity, Tomos displayed the playwright’s sensitivity and the depth of his wartime attachments.

The whole cast are to be commended for their engaging performances: Ben Cave (from last year’s Upper sixth), who returned to play Capt Warre-Dymond, George Parrott (as Major Clark) and James Gawn as Lt-Col Thomas were the surviving companions, whilst Jamie Thomson (Lt Kiver), Will Freeman (Lt Douglass /Father) and Dennis Rigby (Captain Tetley) played those who perished. Jess Murray suggested the resolute love of Sherriff’s mother. Teddy Coward was impressive once again in the role of Stanhope, whilst Josie Palmer and Luca Kamleh-Chapman played strong supporting roles.

Writer Roland Wales and Nick Bond (for his inspired direction) are to be congratulated on their triumphant collaboration. It was a hugely impressive piece of theatre. 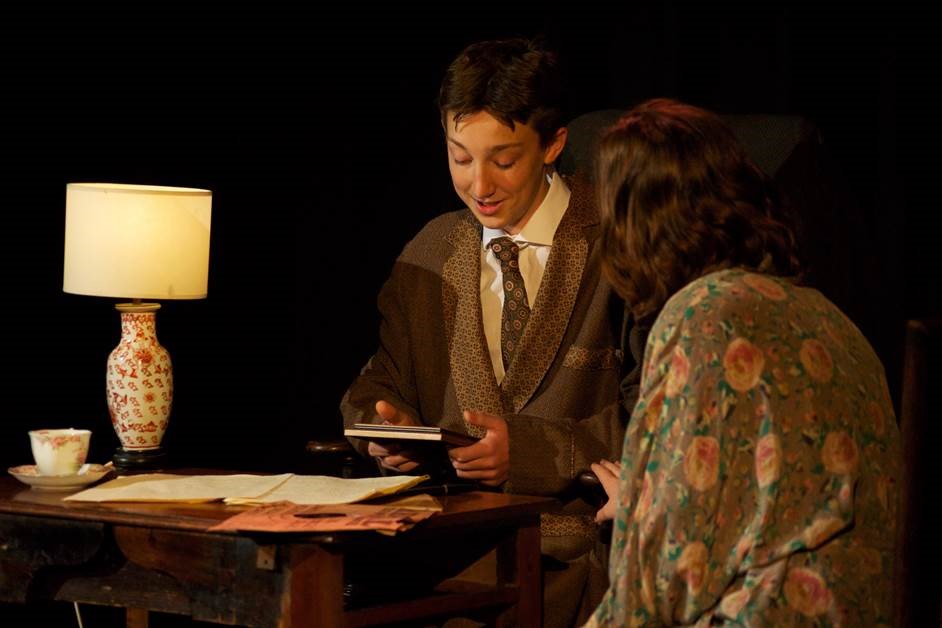 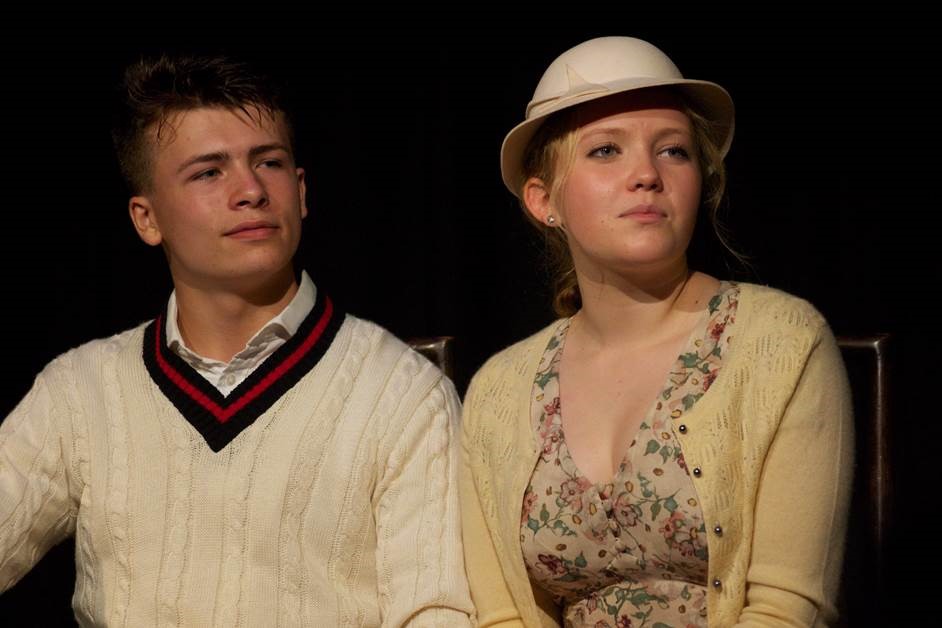 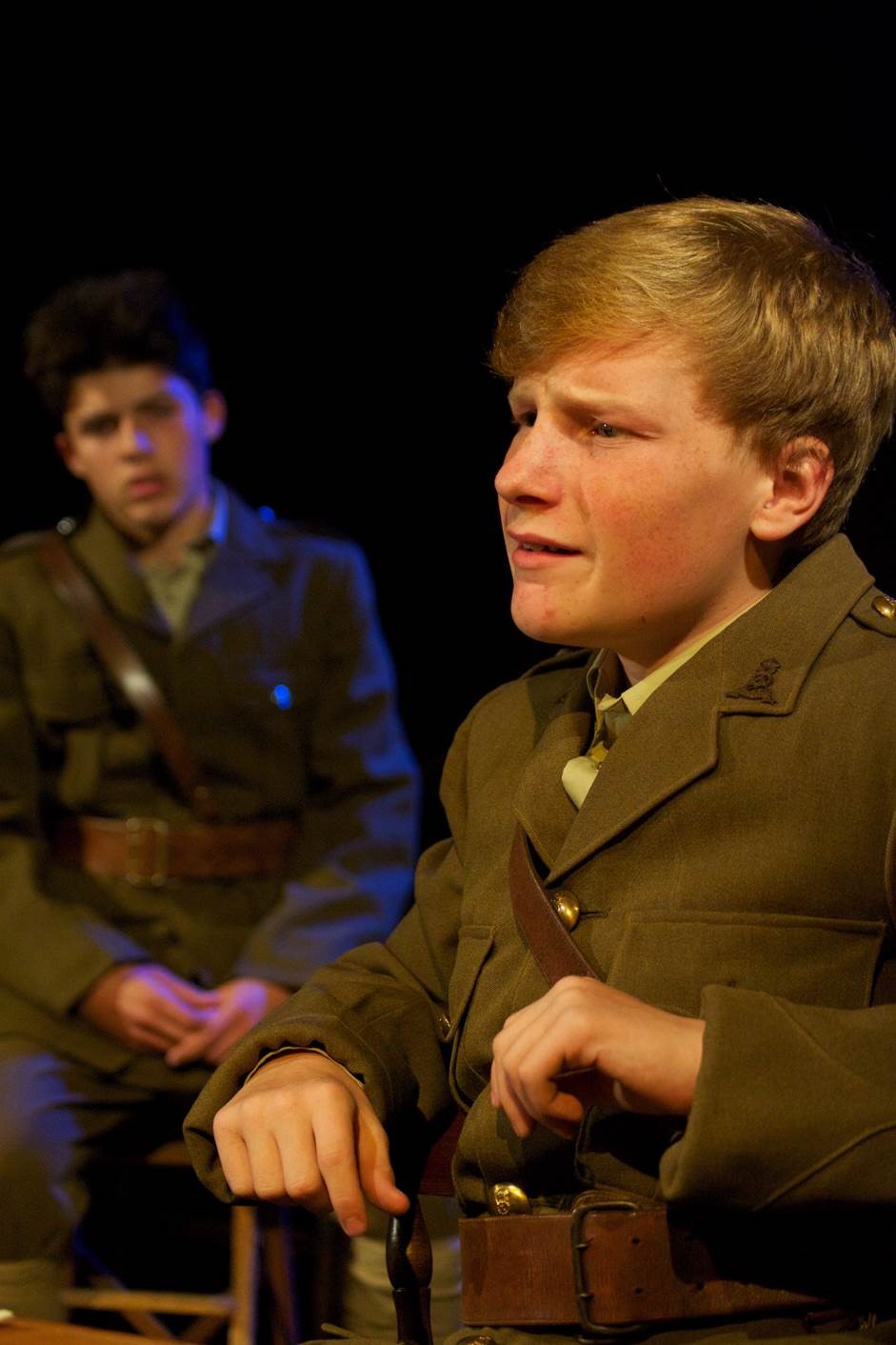