Seeing inside the crypt of St. Paul’s Cathedral – admiring the grand tombs of Nelson and Wellington – would be the highlight of any ordinary day, however for me, this was no such thing. With the help of the KGS CCF staff, notably Capt. Beggs’ putting my name forward and WO2 Gardner’s acquisition and preparation of the necessary uniform, I had the honour to represent both London RAF cadets and KGS at the National Service of Thanksgiving Her Majesty’s 90th Birthday.

I was in the crypt waiting nervously to go out and take up my position lining the steps of the Cathedral, as part of the guard of honour for the arrival of the cabinet ministers and royalty. With me were three other cadets – one from each branch of service – and 84 serving officers and men of the armed forces. The atmosphere was relaxed, with bearskins, polished silver helmets and jackets embellished with gold braid left on chairs while their owners sat around drinking tea.

Soon it was time to emerge from the crypt, form up and march into position. We all wished each other luck for the parade, before the Garrison Sergeant Major reminded us to look sharp for the world’s press and marched us out to the steps. We cadets stood opposite the cathedral, looking towards it. It was not long before the command came to come to attention, as the new Mayor of London Sadiq Khan arrived, after which we returned to the ease. This process was repeated for George Osborne, Philip Hammond, Michael Fallon, Tony Blair, John Major – who got out of his car right in front of me – and David Cameron.

At this point it was only royalty left to arrive, and the cheering of the crowd and chiming of the bells began. The next arrival, that of the minor royals, then the Duke of York, the Princess Royal, the Duke and Duchess of Cambridge, Prince Harry, Prince Charles and the Duchess of Cornwall. By now the sound of the bells and the exhaust fumes from the old Rolls Royce V12s were making it hard to concentrate and causing us to imagine phantom words of command. We all knew well the risk of fainting and toes wiggled in boots and shoes up and down the steps in an attempt to keep the blood flowing.

Finally, just over an hour after taking our posts, the state trumpeters sounded their fanfare, the crowd erupted into shouts of adoration and we came to attention for the final time. I could see from the corner of my eye a yellow-clad figure, mounting the steps with a sovereign composure and grace exceeding in authority and dignity any of those who went before. When they reached the top of the steps, the Queen and the Duke of Edinburgh turned and waved to the crowd and I was thrilled to see their faces for the first time.

Shortly afterwards the step lining party turned and marched up into the side door to take our seats for the service. On the very back row, my view was somewhat restricted, but I was able to hear the Prime Minister, the archbishop of Canterbury, and Sir David Attenborough as they addressed the congregation. As the service neared its conclusion and the first notes of the national anthem began to sound, the servicemen once again took up the position of attention and sang, not just for, but to Her Majesty. For any patriotic Englishman this would have been a very special moment, but being in uniform and in amongst the finest of Her Majesty’s soldiers and in the grandeur of the Cathedral at the same time made it truly remarkable.

One final highlight remained as the dignitaries left the service; first the clergy followed by the Honourable Gentlemen at Arms, and then as the Queen and the Duke processed past me, both their regal gaze passed over me, no doubt thoroughly inspecting my uniform and stature. I can only humbly hope that they approved. 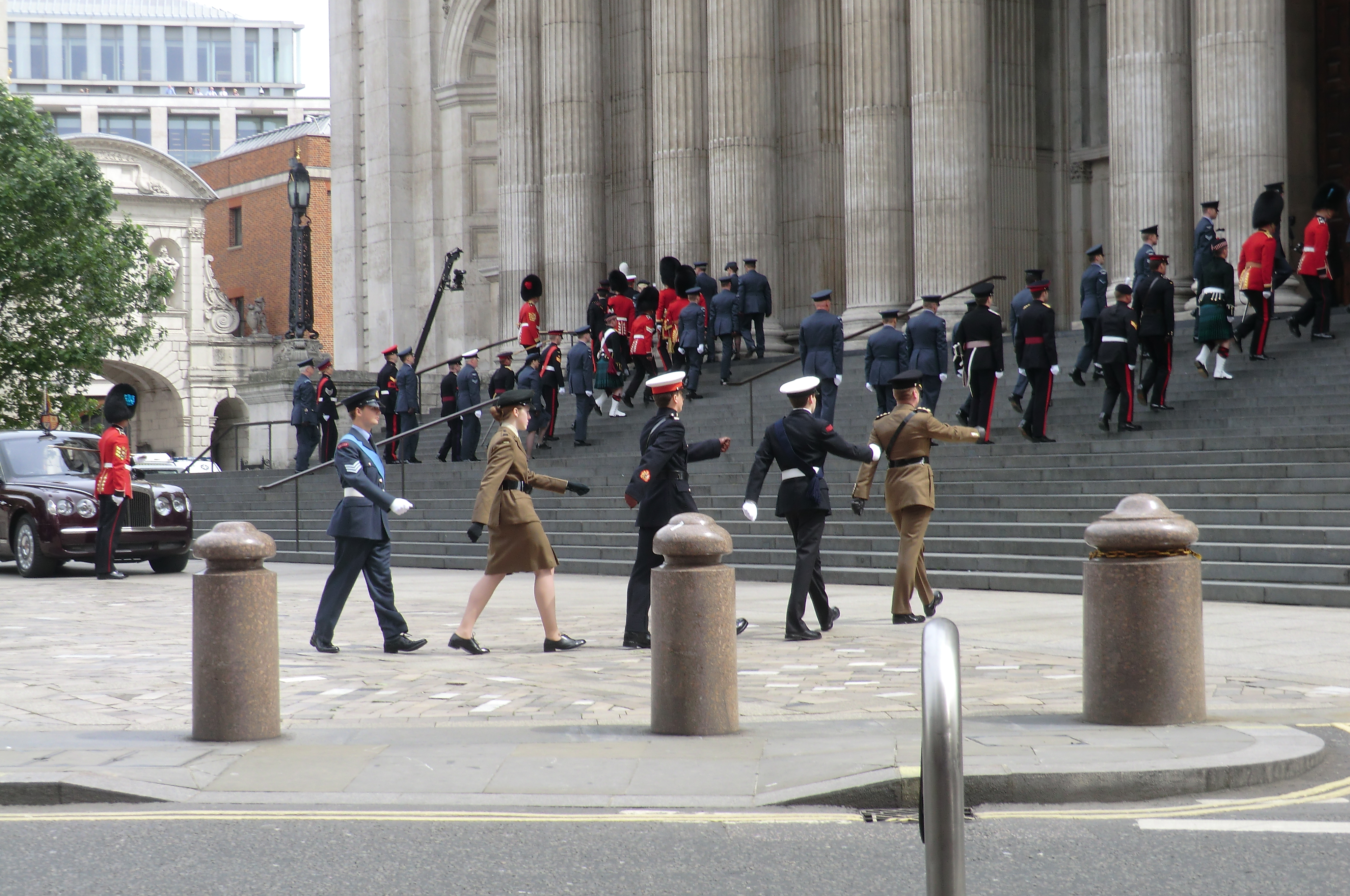