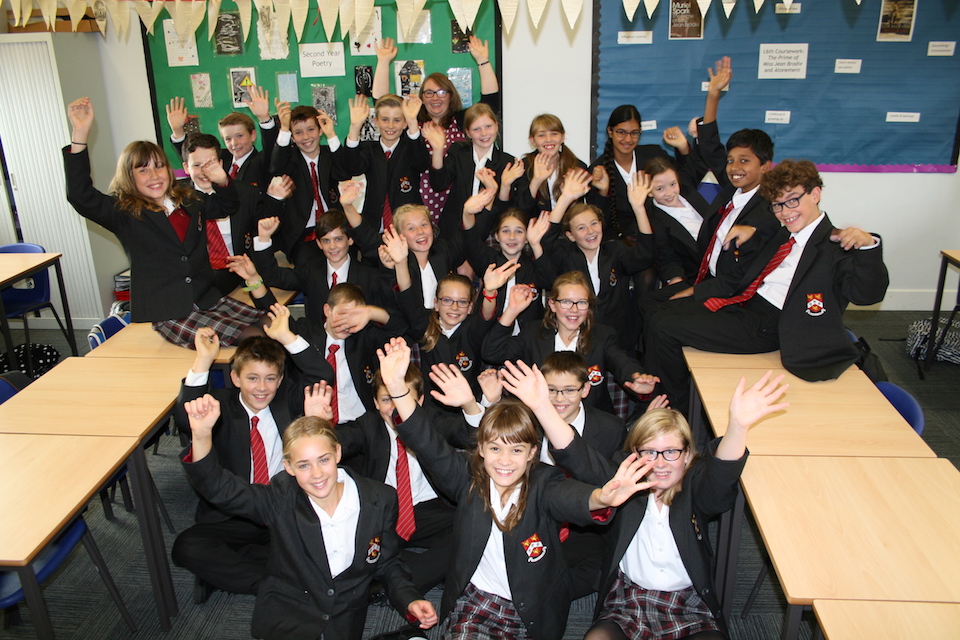 The KGS House system was introduced in 1914 by the new Headmaster C A Howse. It was hoped that the ‘new system of “Inter-house” completion in the School [would] provide some exciting contests.’ At that time the School was ‘divided into three portions which are to compete in all branches of the regular School sports’ (The Kingstonian, April 1914). The three divisions at that time were Queen Elizabeth, Lovekyn and Walworth. Taverner House came into being in Autumn Term 1921 and was ‘mainly composed of new boys of the first and second forms, with a few veterans of the third’. (The Kingstonian, December 1921).

There were Inter-house competitions at both junior and senior levels which contributed points towards the annual House Championship. A system of house colours for those who represented their House with credit was also in place

Named after Edward Lovekyn (1239-1310), who founded the Chapel, was from a well-established Surrey family and born in Kingston. He was a caterer by trade and like other members of his family belonged to the Company of Butchers of Kingston upon Thames (which included bakers, confectioners and provision merchants as well as butchers). He was Bailiff of Kingston in 1277 and again in 1284. A citizen of London from 1292 he had houses in Billingsgate,and at Bridge-foot in Kingston.

Lovekyn entertained King Edward I twice and provided a lavish feast for his wedding to Princess Margaret of France. The bill was still unpaid at the time of the King’s death, and in return for cancelling the debt King Edward II granted a licence to Lovekyn to found and endow a chantry chapel. This would have greatly enhanced the status of the Lovekyns in the area.

Edward Lovekyn died in July 1310, just four months after the first chaplain had been installed in the Chapel of the Blessed Mary Magdalene on London Road. He left two sons, the younger of whom, John, would go on to restore and further endow the Chapel his father had founded.

Richard Taverner (1505-1575) was born in Norfolk and attended Corpus Christi College, Oxford and Cardinal College, Cambridge, where he gained his Master of Arts degree. He then went to work for Cardinal Wolsey; after Wolsey’s fall he allied himself with Thomas Cromwell, for whom he wrote and translated several works in support of the Reformation. In 1539, he published his most important work, a translation of the Bible, the first complete version to be printed in England.

Following Cromwell’s fall from favour and execution, Taverner briefly was sent to the Tower of London. However, he made his peace with Henry VIII and became a great favourite with the young Edward VI. Following the accession of Mary in 1553 he retired to Norbiton Hall in Surrey where he continued to translate Erasmus. He declined the offer of a knighthood from Elizabeth I, but served as a Justice of the Peace for Oxfordshire, and High Sherriff of Oxfordshire and Kingston.

As Sheriff of Kingston he received a large part of the Chapel endowments, which he surrendered early so that they could be given over to the new school in 1561. Though there is no more concrete evidence of his link to Queen Elizabeth’s Grammar School, it is thought likely that he used his influence at the court of Queen Elizabeth I to support the petition for the establishment of a grammar school in the town.

Named after Sir William Walworth (died 1385), who moved to London from County Durham and became a partner of Edward Lovekyn. He soon became influential in London politics and was elected mayor of the Westminster staple in 1369, a position he held until his death. This gave him an intimate knowledge of London’s money markets; he was himself a major lender of money to the crown. He was elected as Sheriff in 1370, a Member of Parliament in 1371, and Lord Mayor for the first time in 1374-75. He was elected as MP again in 1377 and given responsibility for overseeing the receipt and spending of war taxes. His political influence grew, and he found himself serving a second term as Mayor of London. In June 1381 rebels from Essex and Kent, part of what is now known as the Peasants’ Revolt, marched on London to protest at the poll taxes imposed by Richard II to finance the war against France. Their leader, Wat Tyler, was killed by Walworth and his entourage at Smithfield; the scene is pictured here in an image from Jean Froissart’s

Walworth acquired extensive property in London, and went on to make substantial grants to the Lovekyn Chapel, including (in 1371) a mill, a dovecote, 150 acres of land and the rents of various properties. He also specified that there should be a third chaplain. In his will he left bequests for masses and the foundation of a chantry for the soul of the rich fishmonger and four times Mayor of London, John Lovekyn, who was the founder of his fortune.

A wooden statue of Walworth was erected in 1685 at the Fishmongers’ Hall, the site of Walworth’s house in Thames Street. It can still be seen today.

Named after Queen Elizabeth I, who, on 1st March 1561, set her seal on a Charter which established “to endure for ever in the said town of Kyngeston-upon-Thames” the “free grammar school of Queen Elizabeth, for the education training and instruction of boys and youths in grammar”.

Named after Old Kingstonian, Stanley Shoveller, Stanley House was introduced in September 2016. Stanley was a consummate Hockey player who won gold medals in two Olympic Games, either side of the Great War (in which he served with distinction too, winning the Military Cross). Stanley House recorded its first victory at the end of that term with a win in the House Art Competition. Its symbol is the Stag (Stanley lived on Park Road) and its colours are Black and Silver.