Some 130 Old Kingstonians and 20 former members of staff from the 1980s, including both the decade’s Headmasters, Sidney Miller and Tony Creber, and their wives, attended the Decade Reunion at the School on Saturday 19th November.

the prize for the longest journey went to Harunobu Matsui, who came all the way from Mexico! 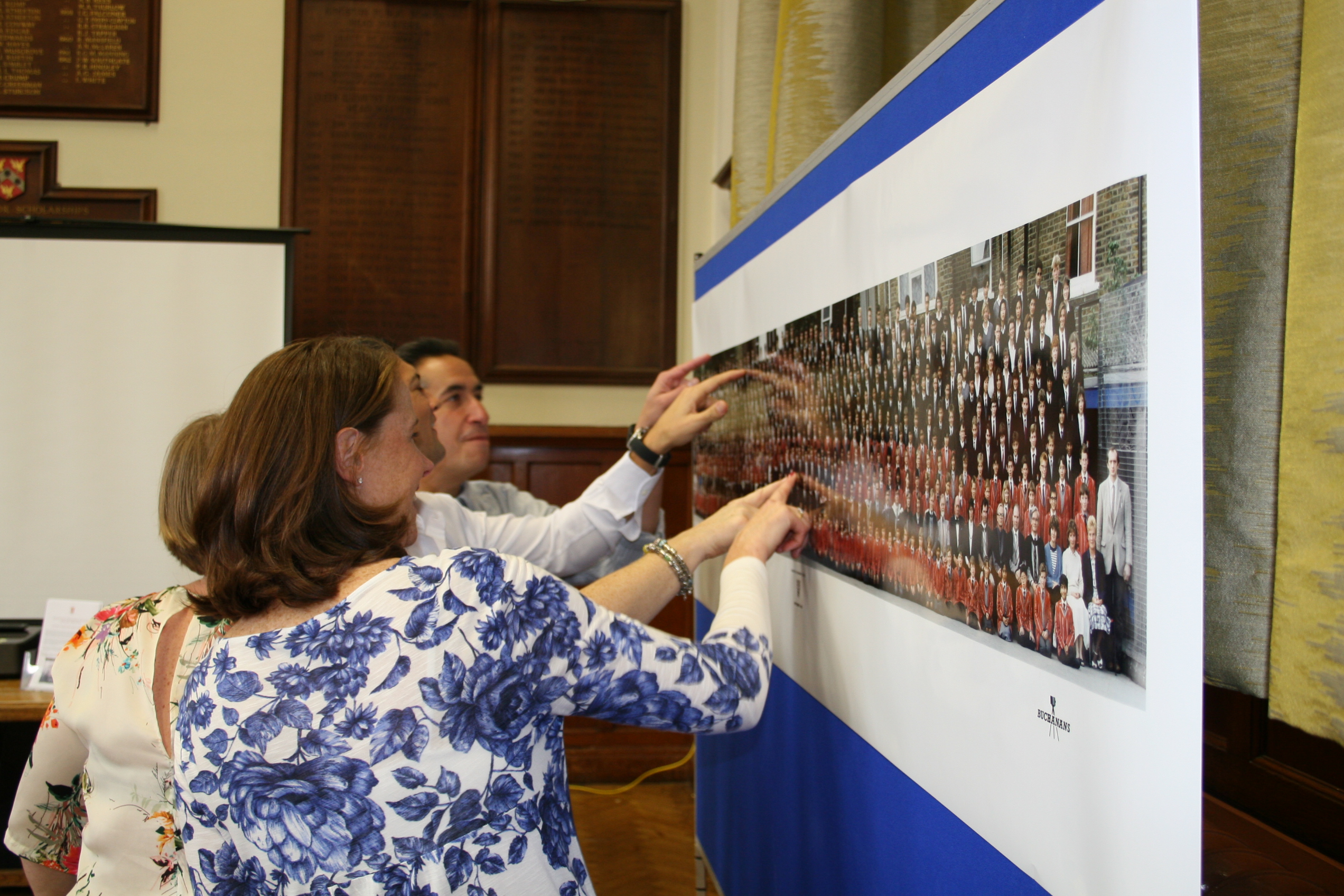 OKs from all over the country flocked to be there, as well as several from overseas. Former Biology teacher Chris Taylor came from Austria, Sam Gratton made the trip from Spain but the prize for the longest journey went to Harunobu Matsui, who came all the way from Mexico! 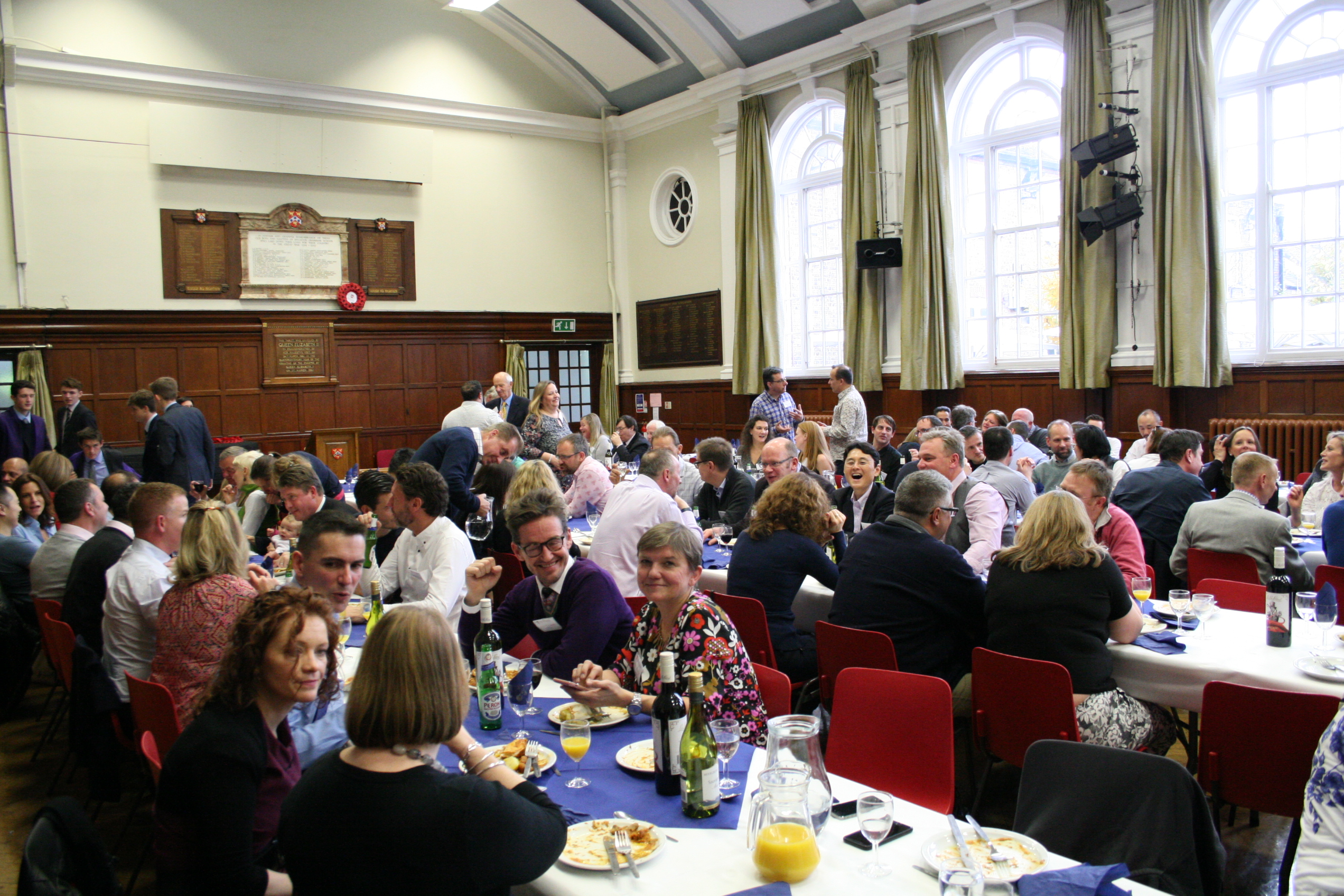 The day began with drinks in the Dining Hall, after which there was lunch in the Hall, tours of the School and tea, back in the Hall. Archive displays helped give the day context, and a huge debt of gratitude goes to all, including a number of prefects and sixth-formers, who helped ensure that the event ran smoothly and that our guests had a lovely day to remember before they slipped away to the Canbury Arms, and no doubt elsewhere, to prolong the day’s warm glow of life-long friendship and joyful reminiscence.

The next KGS Friends extravaganza will be the two One Term On reunions on Monday 19th December – one at the Gazebo for pupils who left this summer, one at the Bishop for their parents. If you qualify on either count, we hope to see you there.

Click here to view all the photographs from the event.